The family stuff was FUN but, with your permission, I shall concentrate on the songwriting events here, what with that sort of being the general idea of this webpage. NB Yes i know The General Idea Of This Webpage has not held me back from waffling on in the past, but let's have a go and see how we like it shall we?

SO, as previously mentioned, this weekend I'd set myself the task of recording a batch of DEMO TRACKS for The Validators to listen to. I had some songs lined up and, over the course of the past couple of days, I sat down and WROTE some more. I recorded four each on Saturday and Sunday, added a few more I'd recorded earlier, and sent them THE LOT to The Validators yesterday under the name "Cyber Kazoo" complete with LYRICS, CHORDS and the below COVER. Here's what was on it: 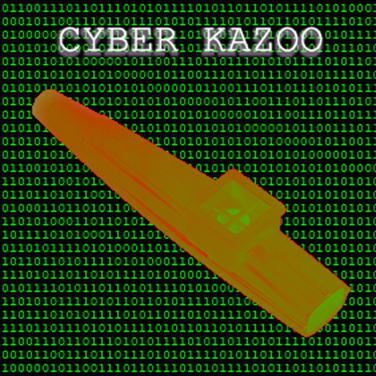 1.(You Make Me Feel) Soft Rock
A BRAND NEW song what I woke up with in my head on Sunday morning. As I worked it out it turned out to be QUITE similar to one of the songs the Vlads had sent me, so I let it be even more like that as I developed it. This my FAVOURITE as it's an Actual Proper Love Song, features some GOOD BITS, and has the opportunity for an entire audience to PUNCH THE AIR during the chorus. I have also been singing around the house ever since, a LOT.

2. Hills And Hollows
This unites the POEM I wrote for the John Clare Poetry Competition a couple of months ago with another of the tunes from the Vlads' sessions. I think it's a bit "Smithsy", but whenever I say this nobody in the band agrees. This was the TUNE that they liked the best, i think, so is therefore the LYRIC i am most nervous about.

3. Open Top Bus Tour
Another BRAND NEW song, written last week, in praise of... well, Open Top Bus Tours. The key reason to write this song is to FORCE The Validators to come on an Open Top Bus Tour with me next time we're in a new city with time to spare. When we were in Berlin they REFUSED every time!

4. We Did It Anyway
As heard in Moon Horse and also covered by The Plimptons. This is the ONLY Moon Horse song I included as most of the others turned out to be too tied into the NARRATIVE to survive amputation. The only other one that might have worked was Only A Robot but, as that's already been released as the b-side The Stores Of Not To Be I was reluctant to re-use it. I'm trying to put forward only UNRELEASED songs, otherwise there'd be a load of other solo/show tracks on this list!

5. I Dream Of Superheroes
This WAS meant to be in Total Hero Team but got removed for reasons of timing. I've always really liked it though, so perhaps it will have another chance to be heard?

6. It Isn't An Exam
I wrote this one YEARS ago, not long after Regardez, Ecoutez et Repetez came out and it's been in limbo ever since. I've thought about using it several times for compilations or one-off tracks, but it always sounded like a Validators' song, so I've saved it for that.

7. Can We Be Friends?
Another BRAND NEW one - I had the idea for this one in Birmingham after Hibbettfest, and wrote down a VERSION shortly after I got home. I went back to it this week and moved various parts around and adding others (including a Middle Eight) so that it would fit one of the Vlads' tracks. I was surprised to find it fit REALLY WELL!

8. 20 Things To Do Before You're 30
The NEWEST of all the songs, written YESTERDAY based on some notes from Thursday morning after a pub THORT on Wednesday - I'd been banging on about how daft these sort of lists are, because they tell you ASPIRATIONAL stuff to do (ALWAYS including bungee jumps and climbing Mount Kilimanjaro), which is RIDICULOUS. What you SHOULD do during your twenties is lots and lots of reckless idiotic STUPID things that you'll never be ABLE to do when you're a bit more grown-up/a bit less FIT. I'd originally been using one of the Vlads' tunes for this one, but when I realised I'd already used it for "Soft Rock" I had to do a re-write, and came up with something pretty nice. I was also VERY HAPPY INDEED to find, when I counted how many "Things To Do" I'd come up with, that it was EXACTLY 20. Surely this is The Gods Of Rock's way of telling me it's a SUREFIRE HIT?

9. The Last Homo Sapien
10. Cyborg Blues
11. When They Landed
These are three short science fiction songs that I wrote to submit to a Radio Comedy Show. I thought I'd try writing something in a (very) vaguely Jake Thackray/TROUBADOR style, and quite liked what I came up with . I doubt whether these will even WORK with The Validators, but stuck them on anyway, for the purpose of FUN, also DELIGHT.


And that's the lot - I'm going to try and put the lyrics for the newest ones online in the next couple of weeks (there's TONNES of odd songs lying around from Other Things that I need to add to The Database Of ROCK) and hopefully you'll get to HEAR some of them at GIGS and even on RECORDS in the future. In the meantime I sit nervously awaiting the verdict of The Validators!