Christmas CHEZ NOUS wasn't all about watching telly, eating food, and holding on to the Washing Machine to stop it RATTLING TO BITS while we waited for someone to come and fix it. It was a LOT of all those things, but it also featured myself and The Notes In My Booklet being dead sophisticated and seeing lots of THE ART.

We first ventured out on New Year's Eve to see some SHOWS what The Descriptions In My Pamphlet had spotted. We met Mr T Eveleigh in TIBITS and then went into the Tate Modern where we first of all we went into Olafur Eliasson: In Real Life which was AMAZING. It was a series of INSTALLATIONS, including a room where everyone cast multi-coloured shadows, a MIND-BLOWING dark room where tiny flashes of light illuminated a fountain so it looked like it was still, and best of all a long corridor full of coloured FOG where everyone got completely disorientated. I'm not really explaining it very well, so below is a video which explains it slightly differently, if not necessarily very well either:

It was basically WONDERFUL. What I ESPECIALLY liked about it was that it felt FRIENDLY, as if the artist had made it specifically for PEOPLE to go and see e.g. most of the artworks were actually BETTER for having crowds of people there, rather than worse, and the Art Bollocks in the descriptions was kept to a minimum because you didn't really need to read anything to GET what was going on. All around us people were laughing with DELIGHT, kids were dashing around genuinely enjoying it, and we could all feel our BRANES expanding.

After some light refreshments and Intellectual Discussions the three of us went to look at the Nam June Paik retrospective which was... not nearly as much fun. There were lots of IDEAS and the room with TVs nestling amongst foliage was quite nice, but the Art Bollocks was back, and it felt as if this was someone trying to show us how much cleverer he was than we were (and not particularly succeeding). One thing, for example, was a PIECE that claimed to be a film response to John Cage's 4' 33", but was just a reel of film with nothing on it, rather than the WHOLE UNIVERSE that is in the original. Still, it did enable The Lens Of My Camera to take the RATHER EXCELLENT picture below: 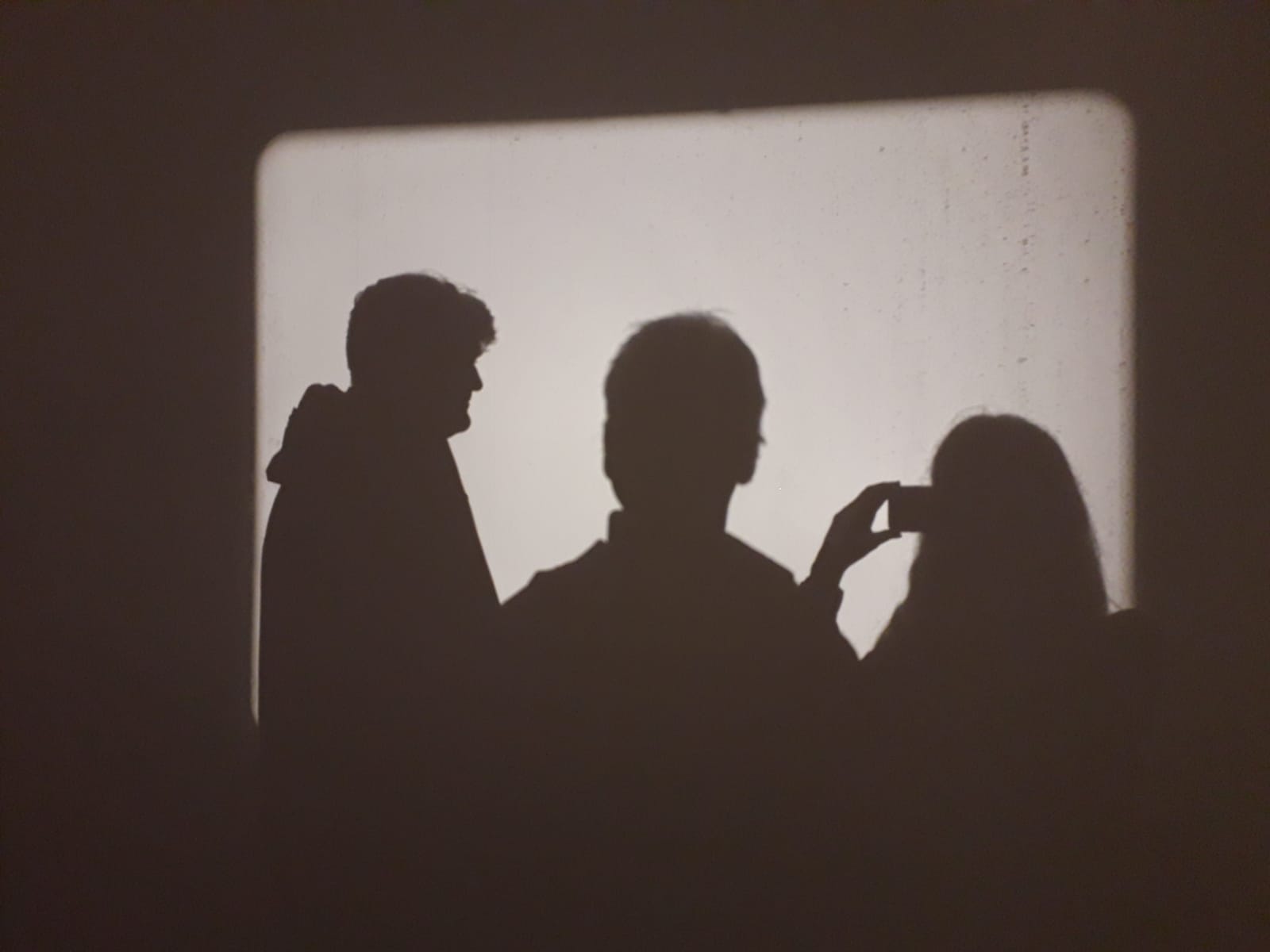 We did have plans to go and look at even MORE Art, but by that point our BRANES were FULL so instead we walked across the Wobbly Bridge (which was FAB as usual) and then stomped to Liverpool Street station, where we had a pint in the Wetherspoons. As we sat there it gradually filled up with Young People who were VERY dressed up, getting some Pre-Drinks in before heading out to wherever they were going to celebrate New Year's Eve. We, however, said our farewells to Tim before heading home for some TEA and also BOOZE, for LO! There was more Art to come the next day, also the next year, also the next DECADE!